THEATRICAL PLAYS PERFORMED LIVE
IN THE STYLE OF RADIO IN FRONT OF A THEATRE AUDIENCE
Since 1984 the California Artists Radio Theatre has presented the best
in dramas, comedies, and musicals, featuring renowned actors from Hollywood,
Broadway, Great Britain, and Ireland, performing award-winning scripts
adapted from modern and classic stories, books, and plays.

Jeanette Nolan is the Lady Bracknell one dreams of when reading Widle’s favorite play.  She is the quinticential 1880’s obnoxious but uniquely charming British Socialite, with a genius for light, unanticipated comedy banter with her nephew and with Earnest is fast. Her illogic keeps everyone on guard.

Linda Henning and Bairbre Dowling offer more delicious feminine inanity.  Sean McClory plays two butlers as only a brave Abbey Theatre man might attempt.  Richard Erdman is fast and clipped as the foil for all, and disappoints his Aunt Augusta by not serving her favorite cucumber sandwiches at tea.

Dan O'Herlihy is the host and John Harlan announces.
The Importance of Being Earnest 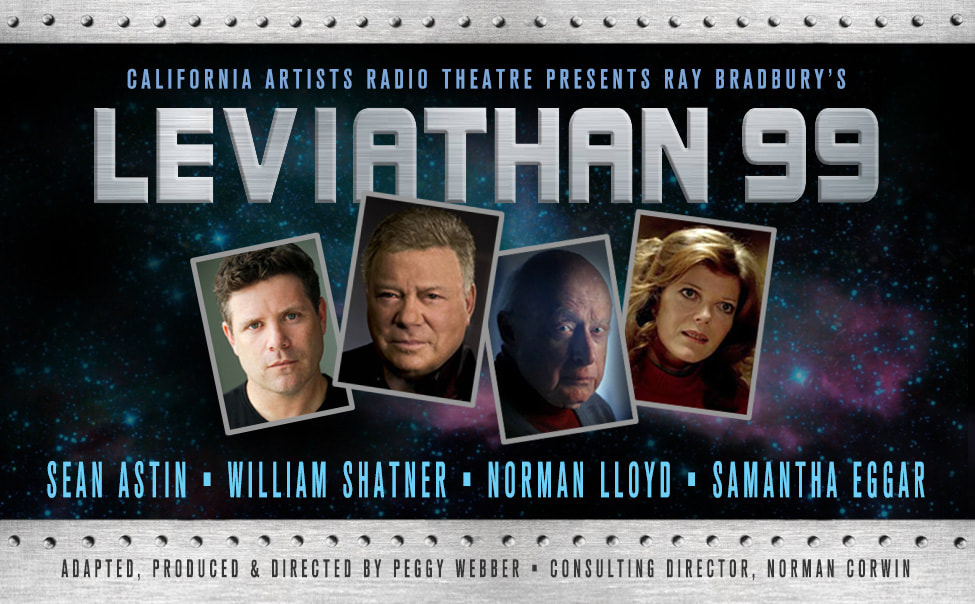 A fantastical adaptation of Moby Dick, Ray Bradbury takes audiences past the moon and the stars
in search of the greatest and brightest comet in the universe. Join a deranged captain,
an eight-foot-tall telepathic spider, and our reluctant hero. You can call him Ishmael.